Hotend silicone socks can save you from blobs of filament that may happen when your print fails. Recently I realized that they could also ruin your prints. In this post, I will show what can go wrong and which silicone socks you should avoid.

Not All Socks are Made the Same

As my main printer has an E3D V6 hotend, my experience boils down to two styles of the E3D silicone socks. One (standard) version has a big hole that goes over the whole nozzle, while another version labeled as "Pro" has a small hole that is just enough to let the tip of a nozzle through. It's natural to ask which one is better. Some people joke that you should buy the "Pro" version, and over time it turns into a standard one, as the silicone closer to the nozzle shaves away because of the contact with an underlying print. That's why I started with the "Pro" socks. This decision turned out to be wrong, and it took me a few months until I figured that out. In the rest of the post, I will refer the socks based on their main feature: a small hole and a big hole.

Disclaimer: I bought my socks from AliExpress, as the ones from the official E3D store would cost me half a fortune in shipment and import taxes (in Switzerland).

I rarely do isolated changes. Thus new models, new filaments, and the new small hole silicone sock came in around the same time. Occasionally my prints had ugly edges at overhangs.

The issue was the same for PLA, ABS, PC+ABS. Some people online suggested me to lower the temperature, slow down the speed, calibrate PID, rotate the model to avoid overhangs. I used to decrease the nozzle temp by up to 15ºC (or even 20º for PC-ABS) or slow down the print to 50% of the usual speed. Such actions helped to some extent but didn't resolve the issue altogether. Moreover, when printing at lower temperatures, I started to get a worse interlayer adhesion.

However, it didn't feel right. I knew that my printer could perform better. I bet it was performing better when I bought it.

At some point, I was printing Prusa i3 MK3S upgrade parts from ABS, and they were not coming out well. I think there was some problem with the silicone sock, and I decided to replace it with another one that I had. That other sock was the one with a big hole. I printed the same models with the same print settings. The only difference between the prints was in the type of silicone sock used. Take a look at the details, thin pillars, edges with overhangs.

I know that the prints that I showed are still not perfect. But the single change from the small hole sock to the big hole made such a significant impact. Furthermore, since I removed the sock with a small hole, I never ran into the issue with the nasty corners again.

Of course, every printer is different; everyone has their own way of printing; diverse filaments produce different results; various models may be prone to a specific type of defects, while others print entirely well. You are not guaranteed to have issues with a small hole silicone sock, but if you have the problems I described above, consider investigating your hotend sock. I'm not sure whether it obstructs the cooling airflow, or it smears the freshly extruded plastic, but it can cause nasty problems.

You know, pots are one of those things that can be easily designed and printed. 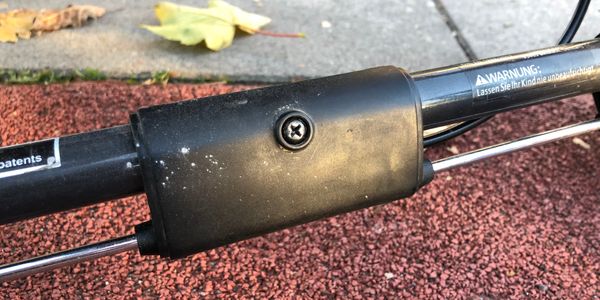 It was a simple model, simple print, and a tone of joy